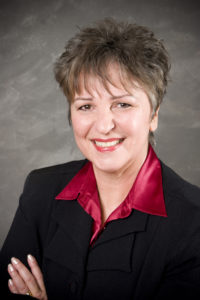 Sharon was also Founder of Relationships Seminars, Co-Founder of Women In Christ, and has served on local, state and national boards, and in her local church. A researcher and writer, her column has appeared on numerous news sites including FrontPageMag.com; NewsBusters.org, a division of the Media Research Center, and has appeared on Fox News, and other TV and Radio venues.

Chairman of the Board

Duane Hughes serves as Chairman of the Board for The Center of Changing Worldviews, and as periodic Co-Host of Changing Worldviews TALK Radio. A decorated Viet Nam Vet, Duane is President of World Aloe Direct. Formerly he was part owner and Sr. Vice President of Redwood Energy Marketing, Inc., a natural gas marketing firm. He is a former member of the National Speakers Association, and ran for State Assembly, and the U.S. House of Representatives twice in California's 6th District. Active in his community having served on the Board of Managers for the Marin County YMCA, and Trustee for North Bay Teen Challenge, Duane and Sharon live in Northern California and have two grown sons, and six grandchildren. [READ MORE]

Founder & National Director of the Center for Bioethics and Culture (CBC)

Jennifer Lahl is the National Director of the Center for Bioethics and Culture (CBC). She has a BSN and worked for 15 years in pediatric nursing, specifically pediatric critical care, pediatric trauma, and transport nursing. She is a member of the Center for Bioethics and Human Dignity, serves on the North American editorial board for the international journal, Ethics and Medicine, is a Adjunct Fellow of Charles Colson's Wilberforce forum and a Fellow of the Council for Biotechnology Policy in Washington , DC. She has produced several films on bioethics, including Eggsploitation, and #BigFertility: It’s All About The Money . See www.thecbc.org. [READ MORE]

Pastor of House of Peace/Beth Shalom

Myles Weiss, along with his wife Katharine, have been in ministry for over 30 years, including as hosts of Zola Levitt TV. While Myles has been a licensed Marriage and Family Therapist for nearly three decades, he and Katharine have served around the world, from the Congo to Russia, and today they serve as the pastors of Jewish Ministries at The Father’s House (tfh.org) and lead the Messianic gathering House of Peace/Beth Shalom (mkhop.org). In March 2019, they released their first book, When Heaven Hits Home: Ancient Wisdom for Today’s Couples. Periodically, they also lead tours to Israel. [READ MORE]